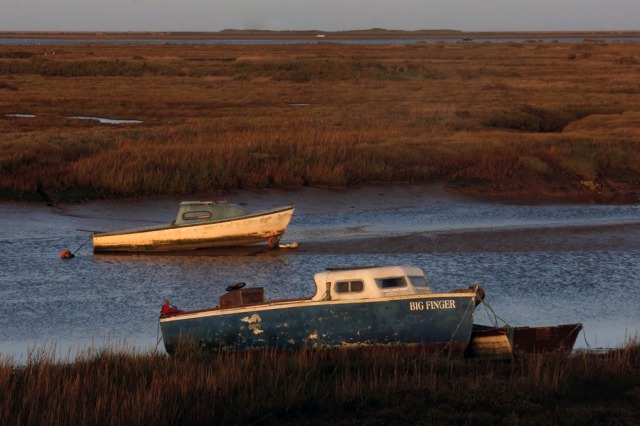 It was the day after the winter solstice – a bright sunny day with the wind from the south, the temperature mild. Conscious of the turning of the year, a last minute escape from the frenzied Christmas build-up seemed appropriate, even if just for a few hours. The north Norfolk coast beckoned – where better to go when days are at their shortest, when the sovereign reign of darkness is turned on its head and the world set aright once more? 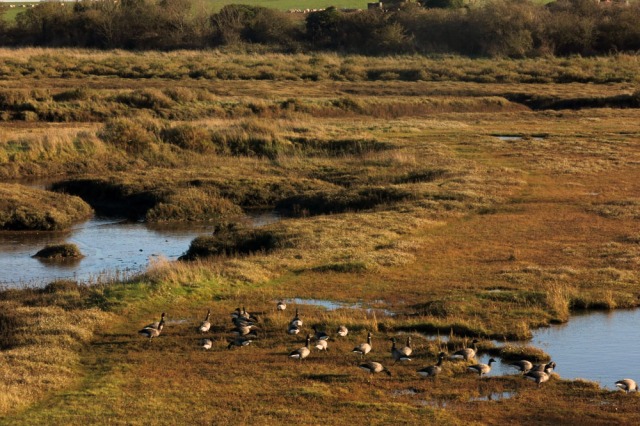 Wells-next-the-Sea was already closing up for Christmas when I left it behind at midday.  I followed the coast path east, skirting the salt marshes and mud flats, the pines of East Hills silhouetted on the northern horizon. Scolt Head Island aside – Norfolk’s most northerly territory a little further west, its Ultima Thule – this was the last tract of land at this longitude before reaching the North Pole that lay far beyond the horizon and sunken, sea-drowned Doggerland. 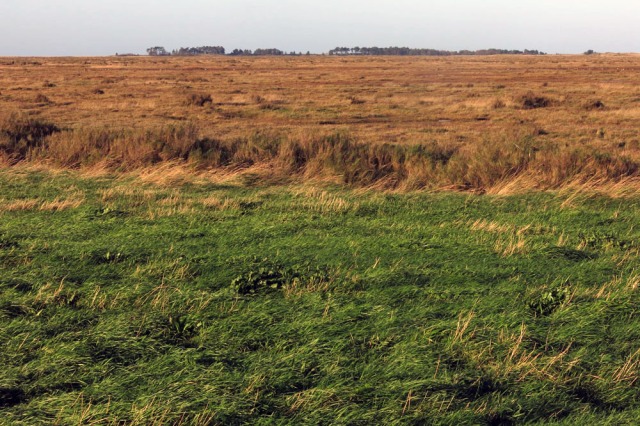 Scattered at regular intervals, poking for invertebrates in the mud were redshanks, curlews and little egrets – the latter once a scarce bird in these parts but now commonplace thanks to climate change.  Brent geese, Arctic natives wintering here on this soft-weather shore, were feeding in large groups in the salt marshes. Periodically, without much warning, and honking noisily – the wildest of sounds – they would take to the air to describe a low arc before landing again. A hen harrier, white-rumped and straight-winged, quartering the marshes seemed to go unnoticed by the geese.  Focused on much smaller prey, the harrier presented no threat to them – this they knew. 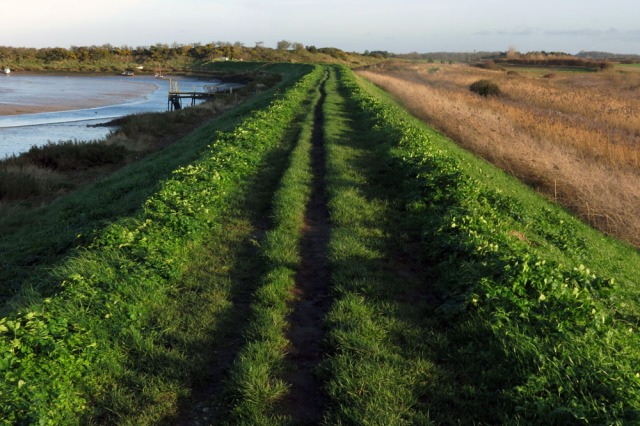 The mildness of the winter was clear to see. This was late December yet gorse bushes were weighed down with mustard yellow blooms. The emerald early growth of Alexanders lined the path edge, and there was even a small, yellow-blushed mushroom, its umbel newly fruited, peering up from the grass. The recent rainfall was quite apparent too – water that had accumulated to render the surface of the path in places to a viscous gravy that made walking hard work. 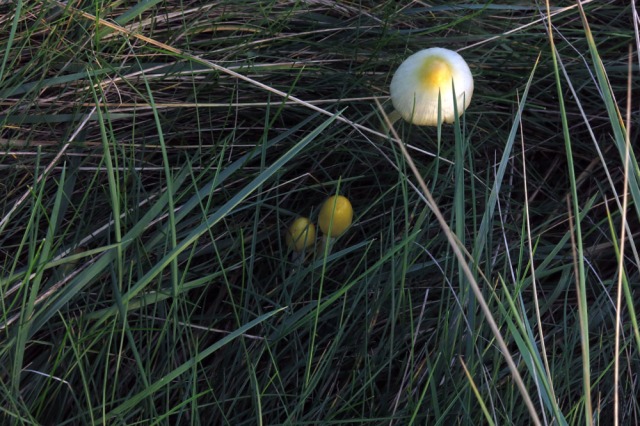 After a couple of hours walking, Blakeney Church came into view on the low hill above the harbour, its tower a warning – or a comfort – to sailors of old on this stretch of coast without a lighthouse. Stopping briefly to eat a sandwich on the steps of a boat jetty, my back to the sea, a short-eared owl, another winter visitor, swooped silently past, its unseen quarry somewhere in the wind-rustled reeds. 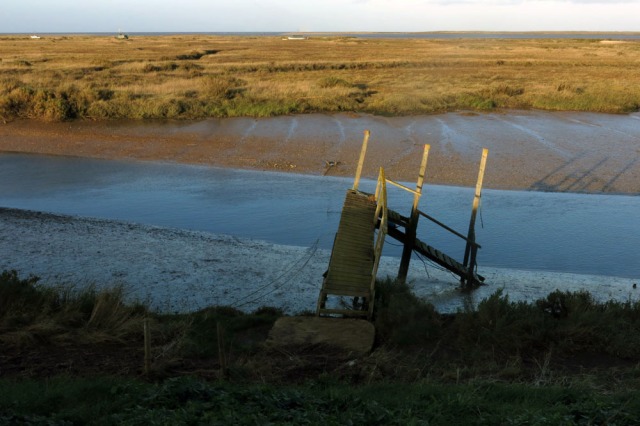 Approaching Blakeney, the moon, almost full, rose over the sea as the sun started setting behind the low ridge that topped the winter wheat fields. It was only three o’clock but already the light was vanishing. But there was change afoot – from now on the days would gradually lengthen and, in perfect solar symmetry, the long winter nights would slowly begin to lose their dark authority. 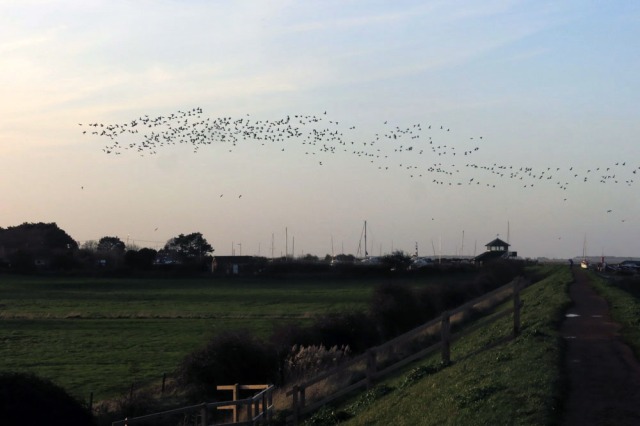 Hidden places, secret histories and unsung geography from the east of England and beyond
View all posts by East of Elveden →
This entry was posted in Norfolk, Walking, wildlife and tagged Blakeney, North Norfolk Coast, Wells. Bookmark the permalink.