Beauty and the beach: Winterton-on-Sea, Norfolk

What is it that draws us to the sea; to the coast, the beach? On hot days in summer the answer is fairly obvious: to sunbathe, to swim, to cool off in the sea. Hot summer days are not such a common commodity these days – not in the British Isles anyway – but, whatever the weather brings, people tend to be drawn to the coast like moths to lanterns.

Perhaps it is part of an unwritten code of leisure etiquette, something that established itself in the British collective unconscious in Victorian times when those who could afford it caught trains to the newly developed resorts on the coast in order to take the air. The tradition persisted into the 20th century when, given more leisure time and improved public transport, the working classes too could enjoy the same privilege. Nowadays a trip to the coast is a commonplace activity: a Sunday outing, an hour or two spent strolling on the beach, exercising the dog, dragging the children away from the virtual Neverland of their electronic screens. 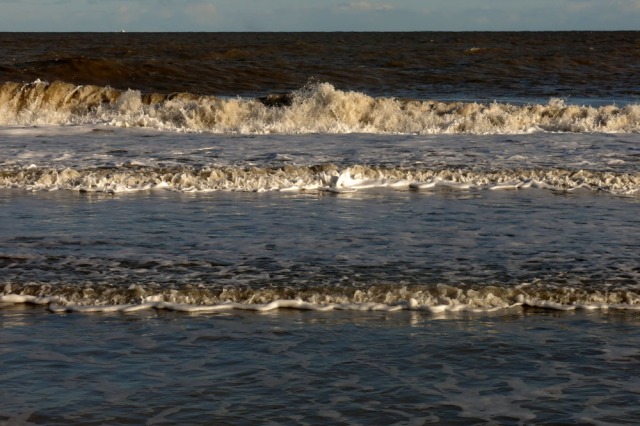 But maybe there is something that lies deeper? Some sort of atavistic compulsion to gaze at the sea, to see where we come from, from land masses beyond the horizon, from the primal sludge of the seabed. An urge look at the edge of things where seawater limns the shore and shapes our green island. We are, after all, an island race.

Or maybe that’s just me. 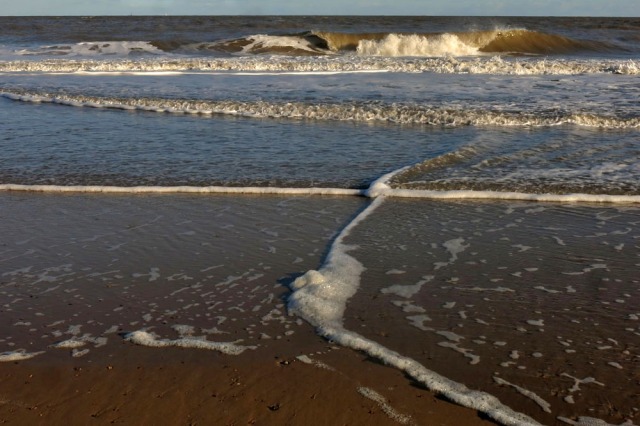 Either way, there is beauty on the beach. Sensuous ripples of sand adorned with calcium necklaces and bangles; the pure white glint of breaking waves. Serried ranks of breakers on the incoming tide, parallels of swell and surf creating a liquid stave for the ocean’s moonstruck music: swash and backwash, the gentle abrasion of pebbles, the faintest tinkle of dead bivalves. 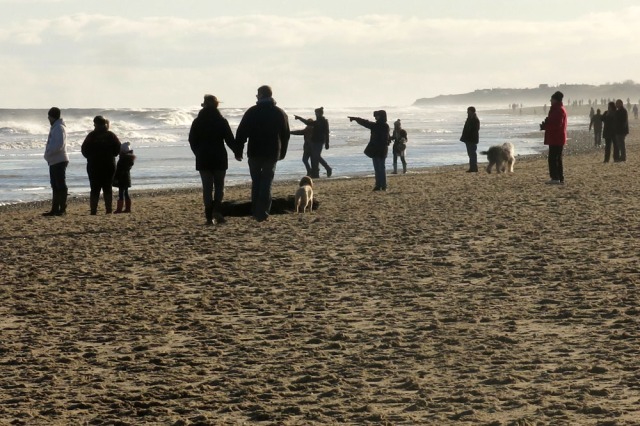 Hidden places, secret histories and unsung geography from the east of England and beyond
View all posts by East of Elveden →
This entry was posted in Norfolk, Ocean and tagged beach, Norfolk coast, North Sea, Winterton. Bookmark the permalink.

3 Responses to Beauty and the beach: Winterton-on-Sea, Norfolk