Kyrgyzstan does not have much of a railway system. A branch line from Moscow extends down from Kazakhstan to Bishkek, the Kyrgyzstan capital; another offers an excruciatingly slow service to Balykchy on Lake Issyk-Kul. Another line extends from Jalal-Abad in the south into Uzbekistan, although trains no longer run on this one. All of these routes date back to Soviet times but even then, Kyrgyzstan, or the the Kyrgyz Soviet Socialist Republic as it was in those days, sat on the outer fringes of the USSR, closer to China than to Moscow. All the more surprising then that, wherever you go in post-independence Kyrgyzstan, you tend to see Soviet-era railway carriages re-located and re-purposed as dwellings, shops, storerooms and even roadside tea-houses. What is most striking is how these are often located far away from a railway line or anything that even resembles a serviceable road. Bump along a rough stony track up to an isolated jailoo (alpine meadow with summer grazing) and the chances are that the nomadic family you meet there will have use of a rusting railway wagon parked somewhere near their yurt. Yurts are ubiquitous in the mountains in summer, and so central to the Kyrgyz way of life that the tunduk, the circular wooden centrepiece  of the roof, appears on the national flag.  But recycled decommissioned railway wagons have their part to play too, even if rusted metal is less aesthetically pleasing than white felt. In poor countries undergoing rapid transition like Kyrgyzstan, such a resource is too useful to be wasted. 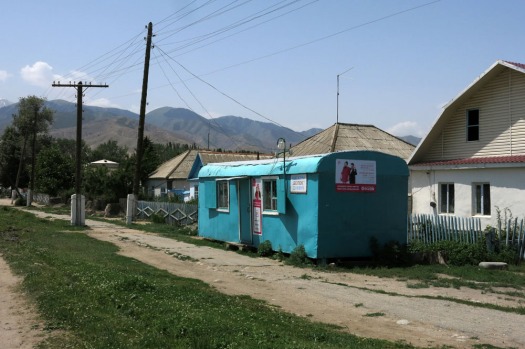 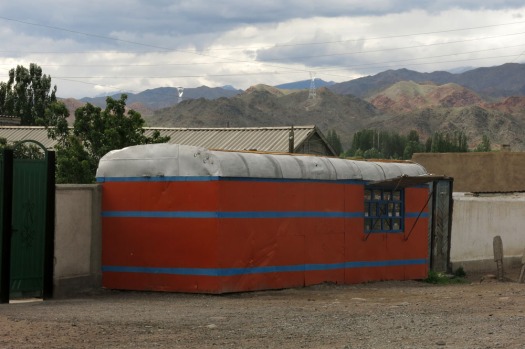 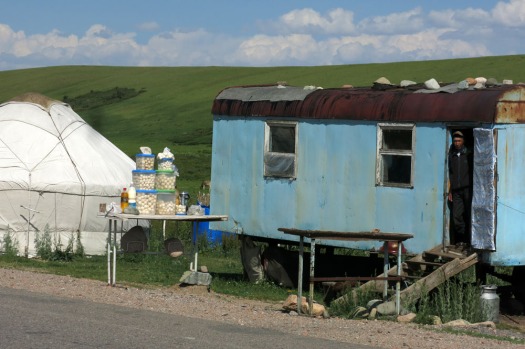 All the above images ©Laurence Mitchell.